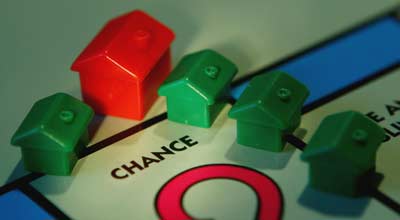 Buying a business: A risky game of chance

I’ve been a bit quiet again, haven’t I? Oh, if only I had my feet up in the sunshine with a cocktail! No, instead I have been standing as a Green Party candidate in my local Ward and I have been busy achieving and losing my dream.

Does that sound confusing? Sorry about that!

Twelve months, when it was becoming apparent that my days in my old ‘career’ were becoming seriously numbered, my husband and I fell in love with a little post office and convenience shop in Somerset. We decided we would like to pursue it so we put our house on the market. Unfortunately someone else bought it before we could. Boo!

By August I knew I was leaving my old job and I was pretty poorly, so we started looking for something else. We found a Post Office and Convenience store in Devon this time (where I hail from). What sold it to me, apart from the glorious rural and seaside location, was that it had accommodation and part of that accommodation included a barn.

A barn! My very own barn! To write in! It was then that The Writer’s Barn was born. Oh I wanted that space very badly. We were confident our house would sell. We made our offer through Kings Business Transfer, had it agreed, paid £6000 for the deposit, and started discussions with the Post Office. It was all in hand. Surely it was just a matter of time?

Well no. I took redundancy at the end of September. I wrote and wrote through October. I started work at the grotto in November to eke my redundancy payment out. Christmas came and went. I was unemployed. Still the house didn’t sell.

The Somerset PO came back on the market after its sale fell through. We had first refusal but felt that now we had agreed to a sale with the Devon PO we should remain loyal and continue on with that. But we still had to sell our house!

People came to see the house and moaned about ‘not being able to see what size the rooms were’ or that ‘it needed a new kitchen’ or that there was ‘only one parking space’ etc. etc. Crazy things. It got to the stage where I actually hated anyone coming around because it felt a bit personal having someone moaning about my house.

The winter dragged on. We seemed to have a lot of lingering snow and not many people viewed at all between January and March. Occasionally, our Estate gents would phone up and expect someone to see the house within the next 10 minutes, invariably when we were out or away!

The nice man at Kings Business Transfer would keep phoning me up to check on progress, and I felt guilty, both for him and for the seller of the Devon PO for keeping them waiting. Every viewing that didn’t pan out was a kick in the stomach. But he was very nice. Kept saying he was ‘rooting for us’ and would keep ‘everything crossed’ etc. I was genuinely touched. That’s how bloody naïve I am!

Then miracle of miracle, we had two young couples within two weeks of each other who asked for second viewings! The second couple came for the first time on the Tuesday evening and then came back on the Wednesday. By Thursday we had an offer and started negotiating. Alleluia!

I instantly phoned Kings Business Transfer to give them the news. I was so excited! Finally! Our dream was actually about to come true. The man at Kings seemed a little underwhelmed which surprised me rather. He said he would speak to the seller and get back to me. Oh. I nibbled my thumb nail. Twiddled with my hair.

I waited and waited for the phone to ring. It didn’t. Twelve hours passed and nothing. Now it doesn’t really take a sixth sense to know when something has gone wrong, does it? And I think I knew something was up when I spoke to the man at Kings. Meanwhile, I was completely on tenterhooks. Climbing the walls. I couldn’t believe it was Friday and I wasn’t going to hear anything until after the weekend possibly. I was ready to hit the valium!

Finally 25 hours after I phoned Kings Business transfer, the agent got back to me. ‘A bit of bad news’ apparently. He had not been able to get hold of the seller on the Thursday and had kept trying. That day, that VERY day, someone had WRITTEN to him and offered a higher amount than us. He had to give the two offers to the seller for her to choose ‘when’ he could get hold of her. Could I up my offer? Well, no. We accepted a lower offer so that we could get moving with the PO. That was all of our money. 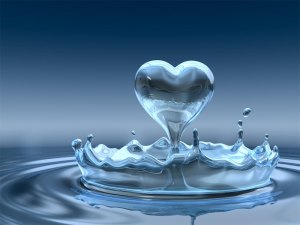 If it had been a verbal offer from the new buyer, he explained, he might have been able to swing it. My, my. A higher written offer on the day we were set to actually do the deal. What a coincidence. I can just imagine the flurry of phone calls along the lines of , ‘if you want it, you hve to move fast and you have to write to me’ that got the higher offer on the table in writing. Pah! Supposition on my part of course but … really? Of course the seller chose the higher offer. And with that, my bubble was well and truly popped.

All that effort. All those months of trying, of waiting and praying. To add insult to injury I had to wait nearly a fortnight to get my deposit back, and it came back as a cheque that I then had to wait to clear, even though I had sent it via BACS in the first place. They didn’t offer any interest on it either, even though they had had a big wad of my cash for 7 months.

So I expect my next few blogs will be looking at house moving, buying a business and finding somewhere new to live … keep reading!

One thought on “The Fine Art of Gazumping”